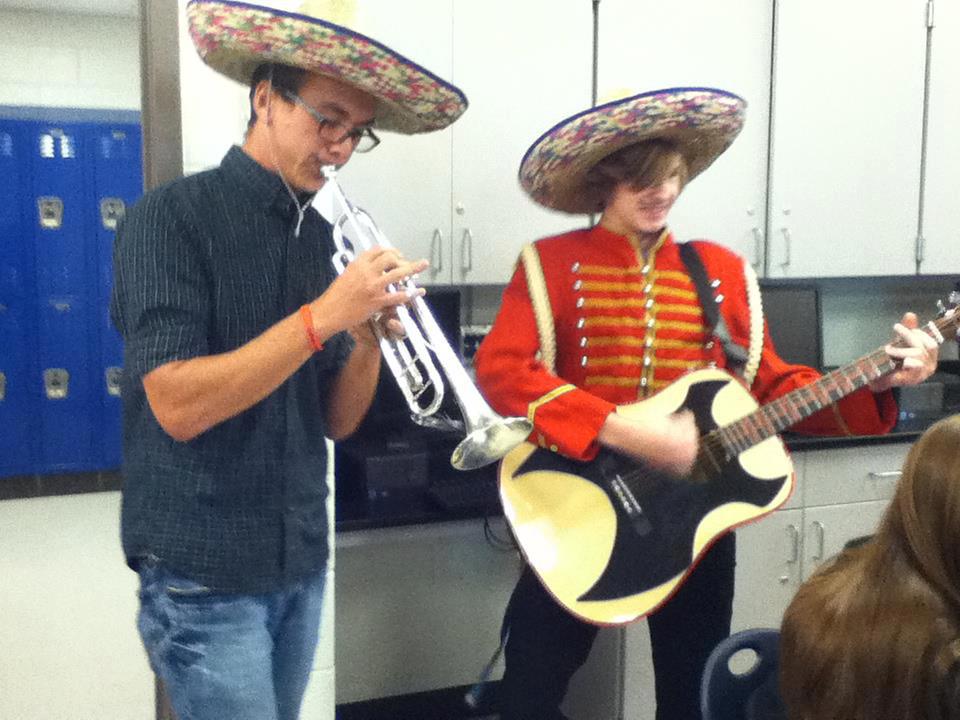 I really enjoyed this one! Basically, one day my senior year, at the end of my 2nd period math class, I convinced my teacher to let me out of class early, and then I went and met up with my sneaky bro Alex Beans! We quickly got dressed up like a Mariachi band and then proceeded to interrupt other classes by walking into unsuspecting classrooms and stating “this is a mariachi-gram from the Spanish department!” and then playing some trumpet and guitar for them and singing “Taco Nacho Burrito! Uno Dos Tres! Feliz Navidad! Other Spanish words!”

The whole time nobody stopped us! An administrator even saw us, but it was as if they thought what we were doing was so odd, it had to have been a sanctioned thing… because who would do that?

Me and Beans… that’s who would do that!